Fire Cider: Make it Yourself

This is one of my favorite herbal remedies.  I have been making this for about 15 years, and sharing the remedy with others for about 10 in my herb school.
Enjoy and stay well

Make your own Fire Cider!
Fire Cider(also known as cyclone cider or vinegar of the 4 thieves) is a popular kitchen remedy amongst many folk herbalists, especially in the Northern parts of North America. What is it? Its an herbal vinegar extraction that relies on a few main ingredients: Garlic, Ginger, Chili Peppers and Horseradish.YIKES! Garlic from Mrs M Grieve's A Modern Herbal says: “It formed the principal ingredient in the 'Four Thieves' Vinegar,' which was adapted so successfully at Marseilles for protection against the plague when it prevailed there in 1722. This originated, it is said, with four thieves who confessed, that whilst protected by the liberal use of aromatic vinegar during the plague, they plundered the dead bodies of its victims with complete security”

Fire Cider Remedies is a stimulant, purgative, antimicrobial, and more. It is sweet, sour, spicy and pungent. It tastes so good, many people keep it out and even add it to some of their food dishes. You can use it on cold mornings to wake up and get your circulation going. You can use it to help resolve colds and flu. Sometimes people add other herbs in the mix, sometimes not. It is a lovely addition to your herbal first aid cabinet.
The basic recipe:
Assemble Organic Apple Cider Vinegar, Local Honey, Organic Garlic, Organic Ginger, Organic Horseradish, Organic Chili Peppers(or garden chili peppers), a knife, clippers, and quart sized mason jar
Chop up all ingredients and fill you a mason jar with equal parts peeled garlic, ginger, horseradish and chile peppers. If you are sensitive to chile peppers, you may want to add less. Fill the mason jar with Apple Cider Vinegar, covering the plant material. Screw the top on. The extraction process takes about a month, shake often.
After a month, strain out plant matter and add ½ cup of honey to the remaining liquid. Bottle and store. Dosage varies, from 1-2 tspns as needed. Some amendments include: burying it for a month(adding a little earth magic), adding beets, or nettles, chickweed, cleavers, or other nutritive weeds, adding maple syrup instead of honey....etc. Make up your own recipe!!! http://media-cache-ec0.pinimg.com/originals/9d/d9/f4/9dd9f4da4aaa0e838b7c79a510434ebe.jpg
Posted by Stiki Niki at 8:37 PM 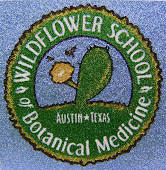